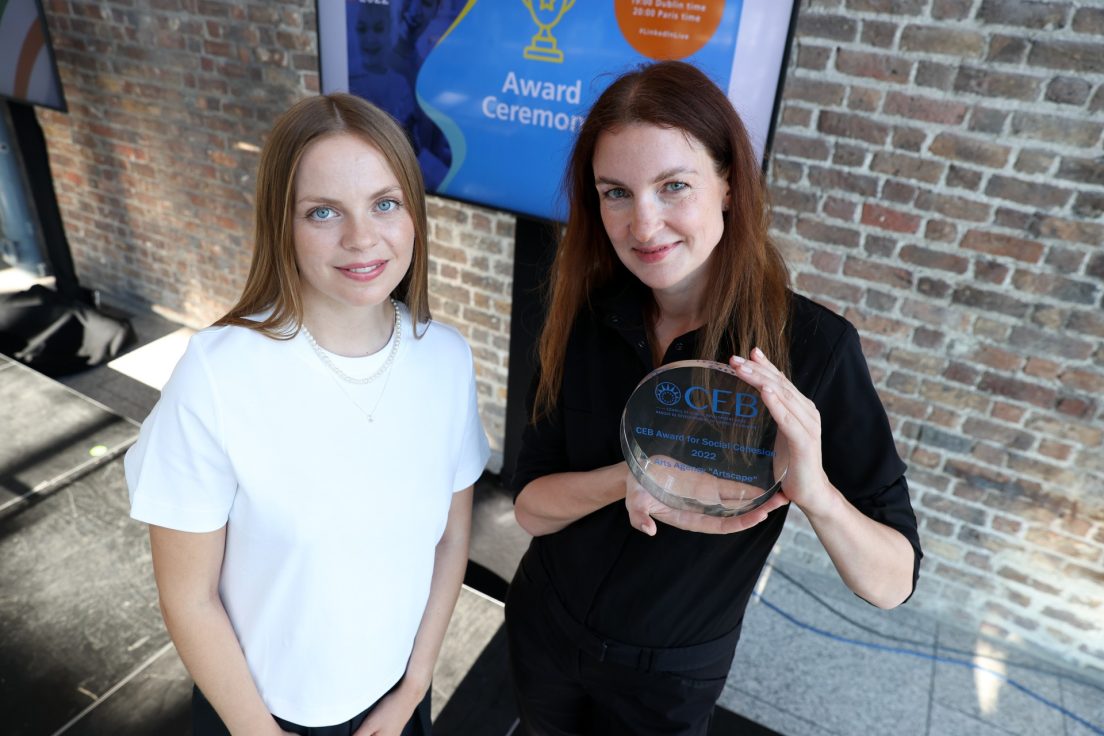 Art agency Artscape is the winner of this year’s CEB Award for Social Cohesion, selected among 64 nominations and six shortlisted projects. The announcement was made at the Award ceremony, held in Dublin ahead of the CEB’s Joint Meeting.

Artscape will receive a €25,000 prize for significantly contributing to social cohesion in an innovative and effective way through its ‘Creative Missions’ projects. ‘Creative missions’ are organised and led by Artscape as regular visits by artists-educators to refugee reception and registration centres in the country.

Children, women and men who spend months in migration centres without any clarity about their future often face a lot of mental health issues and struggle to keep their dignity and sense of worth.  ‘Creative missions’ provide a safe space to foster imagination and resilience.

“We started ‘Creative missions’ to create safe places for children, women and men who have been de facto locked up at the migration centres in all Lithuania,” says Aistė Ulubey, Founder and CEO. “Going to centres on a regular bases, we wanted to show solidarity and say: You are not alone. The extraordinary work done by Artscape educators and volunteers is an example of humanity, empathy and commitment. The award also highlights the remarkable work done by many NGOs in Lithuania.”

“Art is a powerful vector of integration and Artscape’s project has brilliantly proven it,” said Claudia Luciani, Director, Human Dignity, Equality and Governance at the Council of Europe and President of the Jury.

‘Creative missions’ project is partly funded by UNHCR and Lithuanian Council of Culture.

About the CEB Award for Social Cohesion

Launched in 2020, the CEB Award for Social Cohesion is an annual competition to recognise a project that addresses pressing social issues in one of the CEB’s 42 member countries. The Award stems from the CEB’s social mandate, centred on a belief that the right investments in the social sector can have profoundly positive economic and social impacts on society at large.

In three editions of the Award, the CEB has received close to 300 project nominations from 29 countries across Europe.

The next edition of the CEB Award will be launched in January 2023. For more information visit award.coebank.org.