Dance of freedom for Ukraine 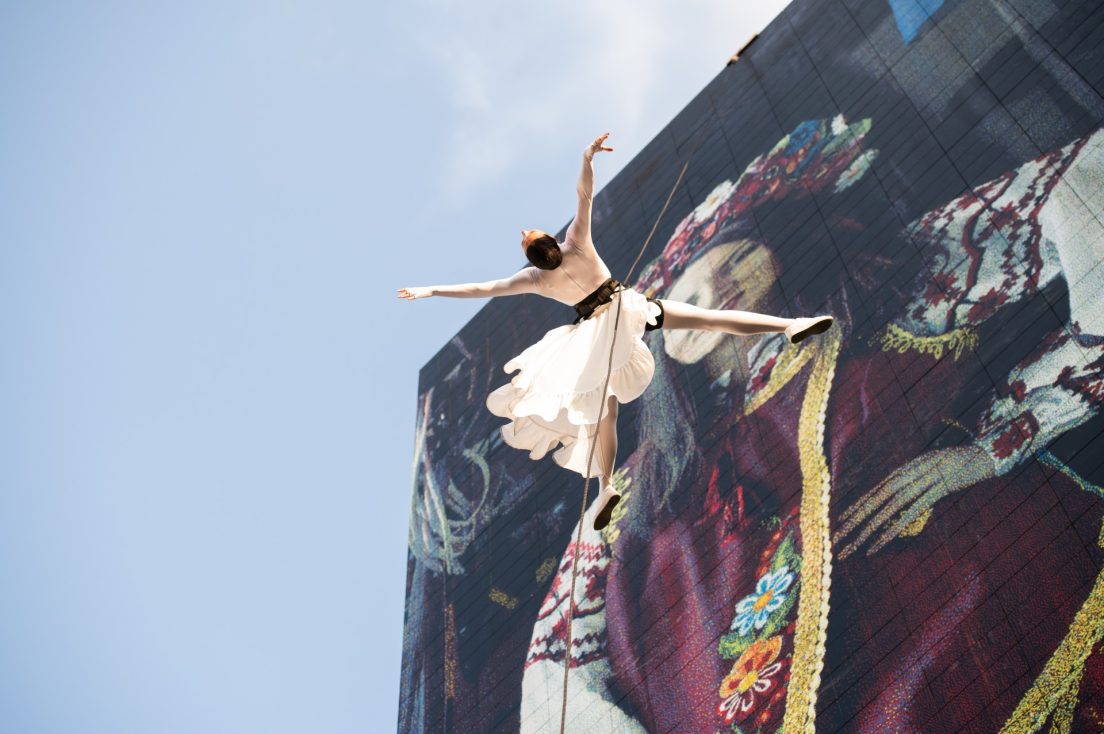 On 24 August, on the occasion of Ukraine’s Independence Day, the wall of the Moscow House was transformed into a unique vertical dance stage. “Artscape together with its creative team – artist, co-founder of the neofresco “Do Peremogi”, Lina Šlipavičiūtė, vertical dancer Inga Briazkalovaitė – presented to Vilnius residents, Ukrainians and all the guests of the capital city an extraordinary spectacle – a vertical dance “Dance of Freedom”.
The organisers of the event and the creative team of the performance aimed to honour the defenders of freedom in Ukraine and to remind the world that Ukraine’s struggle for freedom is ours.
“I have wanted to express my support for Ukraine with a vertical dance for some time now, and there can be no better place than here. When I saw the news about a giant portrait of a Ukrainian volunteer on the facade of a Moscow house, created by a robot from Estonia, I searched for it and found a special opportunity to bring this idea to life with the incredible team that believed in it,” says Briazkalovaitė.
Aistė Ulubey, producer of the event and head of Artscape, invited the audience to talk about hope and empathy through art with her performance Dance of freedom: “Art is stronger than words, it is able to express what is happening in the society – to send a message of solidarity, of consolation. Although the war in Ukraine is weighing on all of us, we are invited to find a testimony of our unity and compassion in the work of artists who are called to create, not to destroy”
On 24 August 2022, the vertical dance performance Dabce of freedom was performed three times: at 12:30, 16:30 and 18:30. The event was watched by more than 1000 spectators, including the famous Ukrainian singer and Eurovision Song Contest winner Ruslana.
Together with Artscape, the Klaipėda dance school CODA and the art laboratory Kiaurai sienas joined forces for the performance, and together with partners from Ukraine and Estonia, decorated the Moscow House with a giant mural “Do Peremogi”