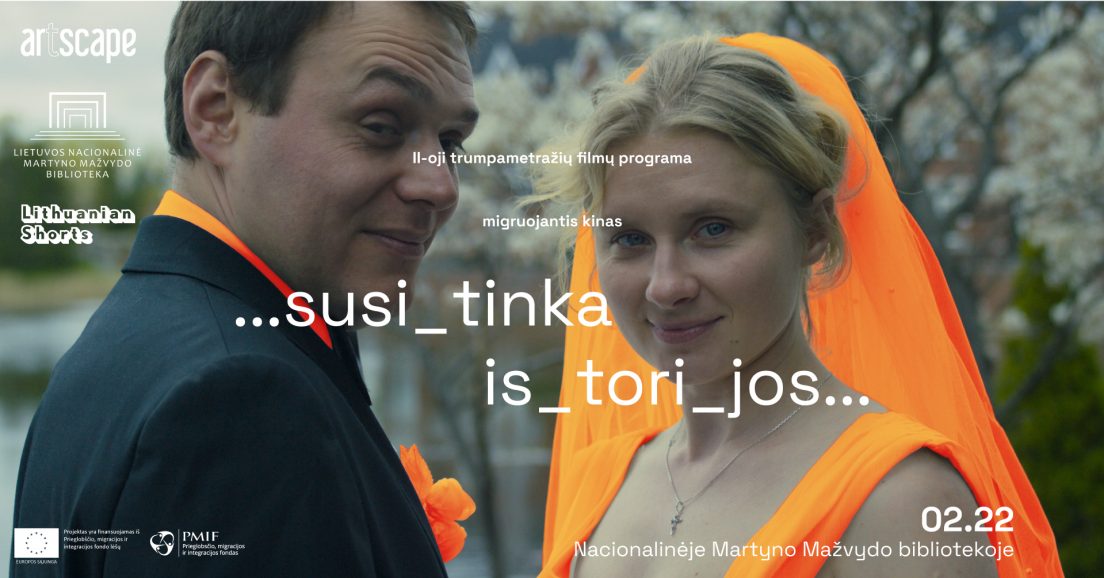 “Artscape” together with “Lithuanian Shorts”, a Lithuanian short film agency, invites Vilnius residents and visitors to the National Martynas Mažvydas Library for a conversation with film director Lina Lužyte and a screening of the short film program “When Stories Meet II”.

Starting at 17:00 on 22 February, the event encourages the public to learn more about the stories of migrants through cinema and to discuss together the creative process of cinema that deals with social issues. In January, an open discussion on whether cinema only tells about social reality or creates it was organized in conjunction with the screening of “When Stories Meet I”. In the latest conversation, film journalist Austėja Kuskienė will interview director Lina Lužytė and together they will explore aspects of filmmaking such as personal experiences of filming in refugee camps, the filmmaker’s responsibility in the process of filmmaking, and the challenges of navigating the gap between reality and the film.

Watching people’s stories through the screen provides a unique experience for the audience and at the same time creates a certain pressure, a rush, an immediacy. Episodes of objects, people, places that carry certain meanings, gathered or created over a longer sequence of time, are put on the screen in a limited time slot. In a conversation with filmmaker Lina Lužyte, we will talk about the experiences that have stuck in her mind while filming in the refugee camps on the island of Lesbos, Greece. She will share her thoughts on what new insights her work and daily life in this context have given her, how cinema is made in which people play themselves, and what aspects of the daily life of the people living in the camps are impossible to narrate through cinema. During the talk, the trailer of Lina Lužytė’s new film “Blue/Red/Deport” will be shown. 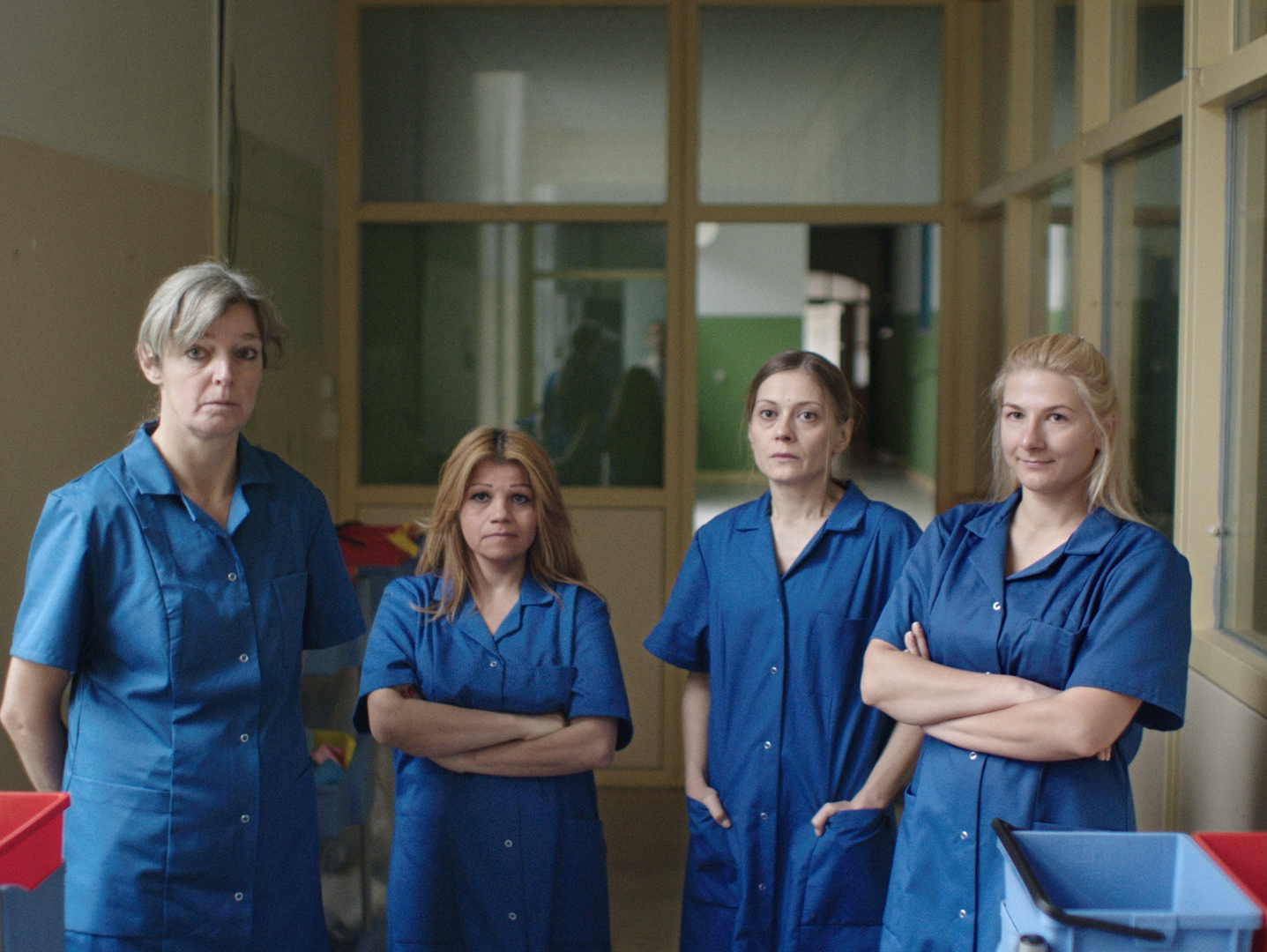 The second part of the event will be a program of short films (70 min) starting at 18:00, with five short films about “migratory” journeys that allow you to see your first steps in a foreign country and new encounters that break personal stereotypes and beliefs. Recognized at the Cannes, Toronto, Ghent, Clermont-Ferrand International Film Festivals, the films in the program, produced by “Lithuanian Shorts” agency, will reach audiences from all over the world:

“Dark Camera”, an experimental film by Swedish director Ottó Bánovits, uses Camera Obscura, the first prototype of photographic technology, to take the audience back to the summer of 2015 and a shocking tragedy. The feature film White Eye, directed by Tomer Shushan (Israel), tells the story of a man’s struggle not to lose his humanity and to recover his bicycle.

The Dutch feature film “Import” (directed by Ena Sendijarević) follows the fate of a young Bosnian refugee family who received a residence permit in 1994 and settled in a small Dutch village. Luiza Cocora’s “If This Isn’t Love”, shot in Canada, takes the viewer to a park in Montreal, where a young couple prepares to capture one of the most important moments of their lives: their wedding.

In the final film of the program, the documentary Biotop (dir. Paul Scholten, Germany), a Munich suburb is disrupted by the construction of a refugee center in its neighborhood, which forces a rethinking of one’s own beliefs. 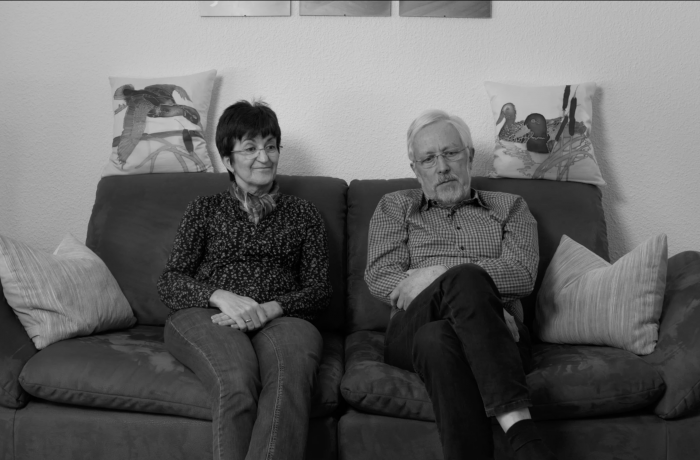 More information about the event and the registration form can be found on our Facebook page. For other related events of the “When Stories Meet” project, please follow our website and www.lithuanianshorts.lt .

The short film programme series “When Stories Meet” is one of the activities of the project “When Stories Meet” implemented by “Artscape” in cooperation with partners “Lithuanian Shorts”, “Diversity development group”, “NARA”. The project aims to promote public tolerance towards citizens of migrant countries facing economic and social problems through innovative artistic means and a publicity campaign in Lithuania.