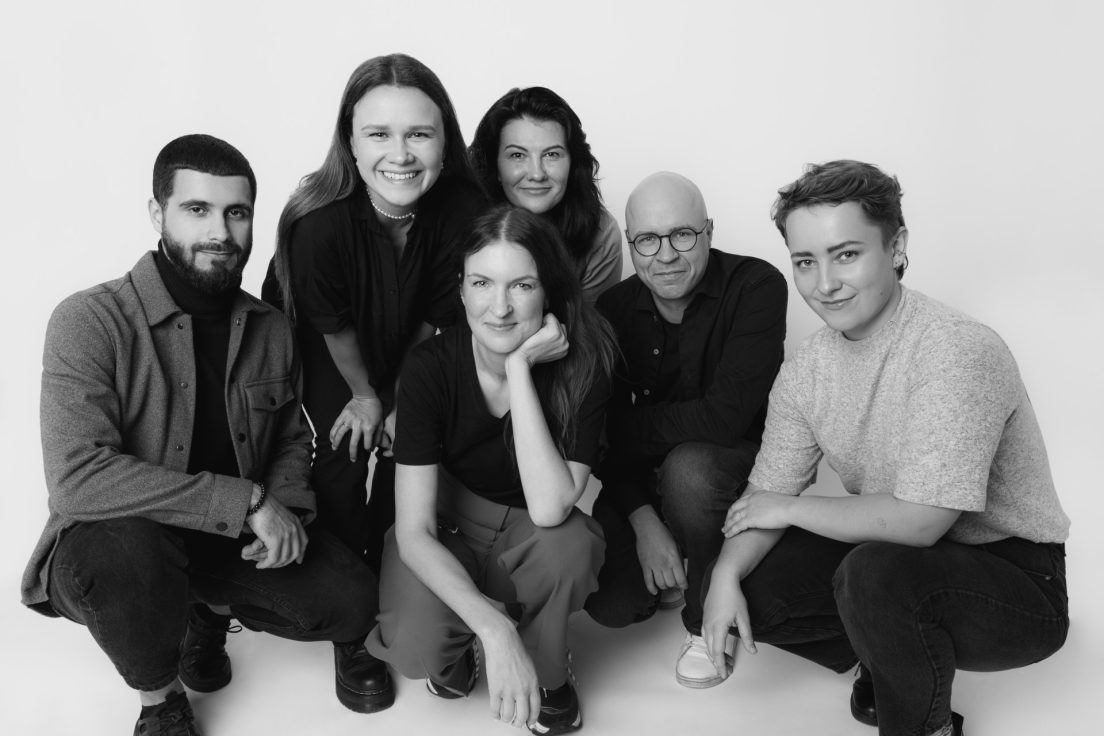 Artscape is relaunched with a new visual identity. According to Aistė Ulubey, the founder and director of the agency, these changes mark the tenth anniversary of the organization.

“The visual identity of the organization has remained unchanged since its inception, when the agency’s co-founder Kristina Savickienė created the logo simply using “Microsoft Words”,” smiles A. Ulubey, noting that one of the goals in creating the new logo was to maintain continuity and to take a more sustainable approach. “As a non-governmental organization, we spend most of our time and resources on fulfilling the mission and creating the impact we want to have. The decision to invest in a rebrand is also a sign of a certain maturity in the NGO field.”

This is a special year for the organization, both creatively and in terms of results. “This year we have carried out several major art productions, more than 700 creative missions in migrant centers in Lithuania. Recently, educators have been going to the centers and conducting a wide range of art workshops for young people of all ages. Such workshops provide a safe space for self-expression and recognize and value cultural diversity,” says Ulubey.

One of Artscape’s latest productions is the performance-experiment Taxi, which takes place in moving cars in Kaunas with real taxi drivers and their theatrical stories. The performance is about the changing culture of the taxi business, which is influenced by the digitally-driven ride-hailing sector.

The partners also organized a dance performance “Dance for Freedom” at the end of the summer, which was performed by ballerina Inga Briazkalova, a pioneer of vertical dance in Lithuania, on the neo-fresco “Do peremogi / To victory” on the occasion of the Ukrainian Independence Day.

The brand refresh and visual identity were created by Marios Agency. According to Marius Kneipferavičius, the agency’s art director, modern design is an important part of an organization’s image that is sometimes overlooked.

“It is exciting that “Artscape”, as an active participant in the cultural field, has embarked on a radically new, contemporary design solution. The logo we designed was intended to convey the very essence of the organization – the desire to connect and empower different contexts, social and artistic projects. The logo, which adapts to the space and manages it, always nestling in a corner, symbolizes the connection between these different dimensions. The bright, bold colors have not only an aesthetic but also a functional purpose, ensuring maximum visibility at various events,” says M. Kneipferavičius.

“Artscape” has been operating since 2012. The main goal of the organization is to provide opportunities for vulnerable groups in society to participate in culture and to initiate social change through high-quality art projects. The agency’s team carries out cultural-educational activities with vulnerable groups every day and brings at least a few high-value artistic productions to the market each year. The Agency is the winner of this year’s Council of Europe Development Bank (CEB) Social Cohesion Awards, selected from 64 nominees.