At the forefront of Creative Missions: “Artscape” educators’ meeting 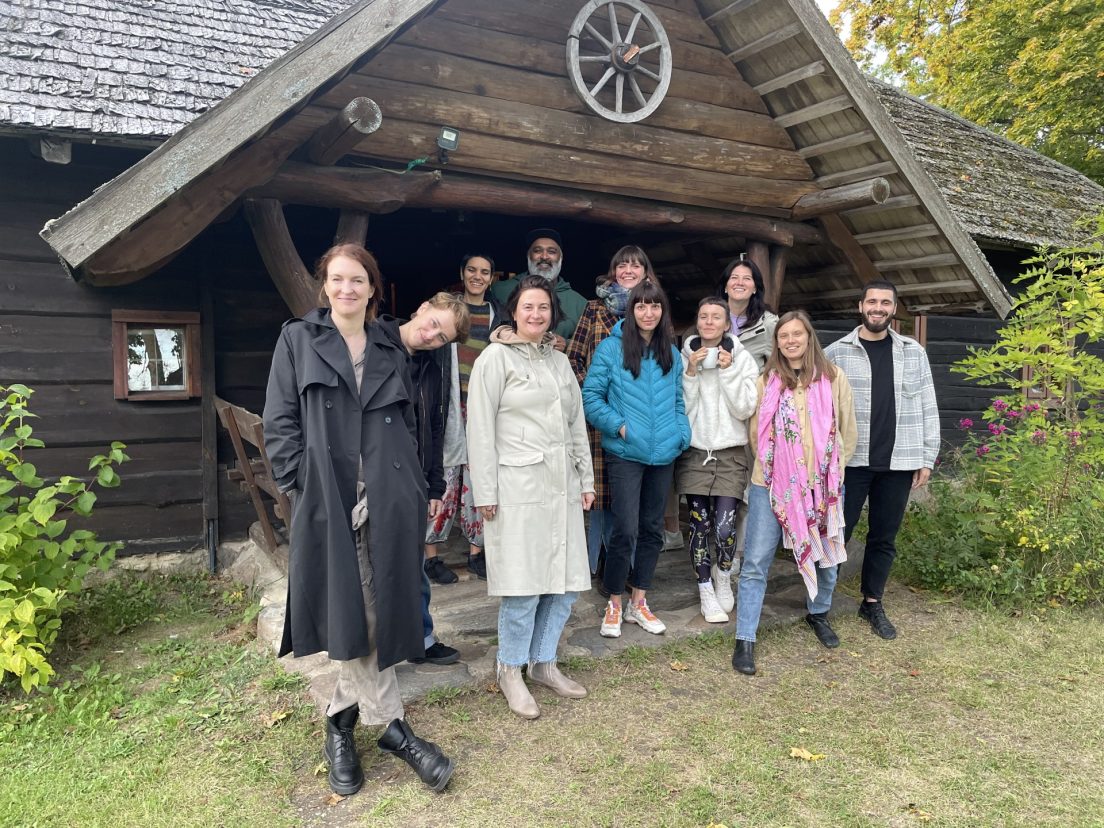 The “Artscape” educators’ team meeting was held close to Molėtai on September 15. In order to discuss future plans and assess the previous year’s creative missions, artists who bring together various groups of people during creative missions gathered to talk and share their experiences from working in various centers with various groups.

Creative missions are recurring workshops led by expert artists from various professions for a given target audience. In 8 different refugee, asylum seeker, and social assistance institutions, 484 imaginative missions were carried out this year with the assistance of qualified educators. There, educators host programs in dance, theater directing, art therapy, performing arts, design, and other topics; participants come from organizations for kids, teens, unsupervised minors, young people, and women. More than 700 people participated in CEB award-winning creative missions this year alone.

The emotional, psychological aspect of creative missions that emerges from the views of both educators and participants was discussed throughout the meeting by educators with diverse experiences. Educators have the opportunity to develop a closer relationship with those staying in refugee centers or those who are visiting aid centers by leading creative missions on occasion. Participants, on the other hand, are weaker groups that are given the opportunity to express themselves artistically as well as the chance to temporarily enter a safe place where they can release their emotions, forget about their problems, forge close bonds with others, and feel a sense of belonging. Mutual sharing is the aspect of the creative mission process that educators find most notable. While giving people the chance to express themselves creatively, educators believe they are also receiving something in return: the chance to develop close emotional bonds with others and knowledge of many countries and cultures.

Because of this, one of the goals of “Artscape” is to carry out the integration of refugees, asylum seekers, and other groups into the community while also helping those who are carrying out the process: educators and volunteers who work with people on a daily basis who are in challenging circumstances, helping them and preserving their emotional well-being through the use of creative and immersive methods.