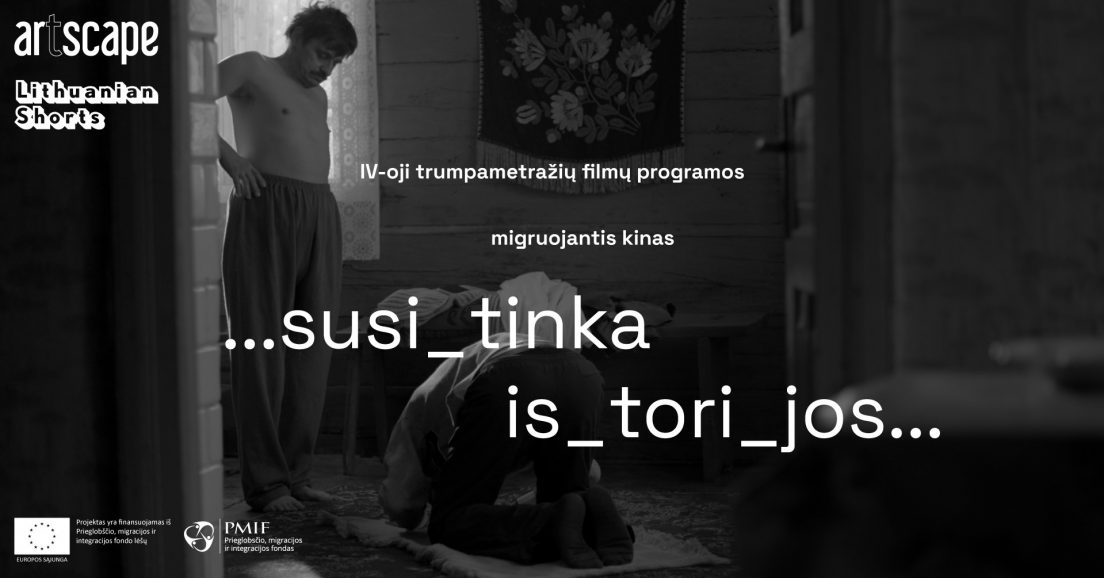 How can cinema help us to understand migration processes and the experiences of people living through it? Over the past decades, films have explored the theme of migration through new ways and forms of storytelling. The short film series “When Stories Meet”, which started in January, presents its fourth program of sensitive, heartfelt and eye-opening stories. The film program will be available free of charge until 13 May. The film will be available for free in the LRT Media Library.

The final program of the film series “When Stories Meet” presents five short films which from different perspectives, introduce viewers to the challenges of arriving and starting a new life abroad. The feature and animated short films presented in the program have been acclaimed at international film festivals such as Cannes, Gothenburg, Warsaw, Clermont-Ferrand and others. The program is organized by “Lithuanian Shorts”, the agency for Lithuanian short films.

Swedish filmmaker Jasmijn Kooijman’s animated film “Dance, Doll” is a frank story of people trapped in the bureaucracy of the migration service. Last year’s European Film Award nominee, ‘The Day After’ (dir. Damian Kocur), is a subtle and humorous tale that draws the audience into the routine of a lonely provincial ferryman in a riverside shack. The Swedish drama “Who Speaks” (directed by Elin Övergaard), in competition at the Cannes Film Festival, takes us to a council meeting in a small Swedish town, where conflicting opinions clash over a refugee center to be set up there. In a film “Swêdî”, directed by Sosi Chamoun, a girl’s visit to a shop is followed, and very quickly becomes suspicious to the shop staff. In the last film of the program, Running Shooting Gallery (dir. Maxime Aubert), Voitek, a newcomer to the school, shows his taunters on the sports field what he has always wanted to say.

The series of short film programmes “When Stories Meet” is one of the activities of the project “When Stories Meet”, implemented by Artscape together with partners “Lithuanian Shorts”, “Diversity development group”, “NARA”. The project aims to promote public tolerance towards citizens of migrant countries facing economic and social problems through innovative artistic means and a publicity campaign in Lithuania.

The films in the program are free to watch from 13 April to 13 May at the LRT Media Centre.
The list of films will be updated monthly. For more information, visit the “When Stories Meet” project page.