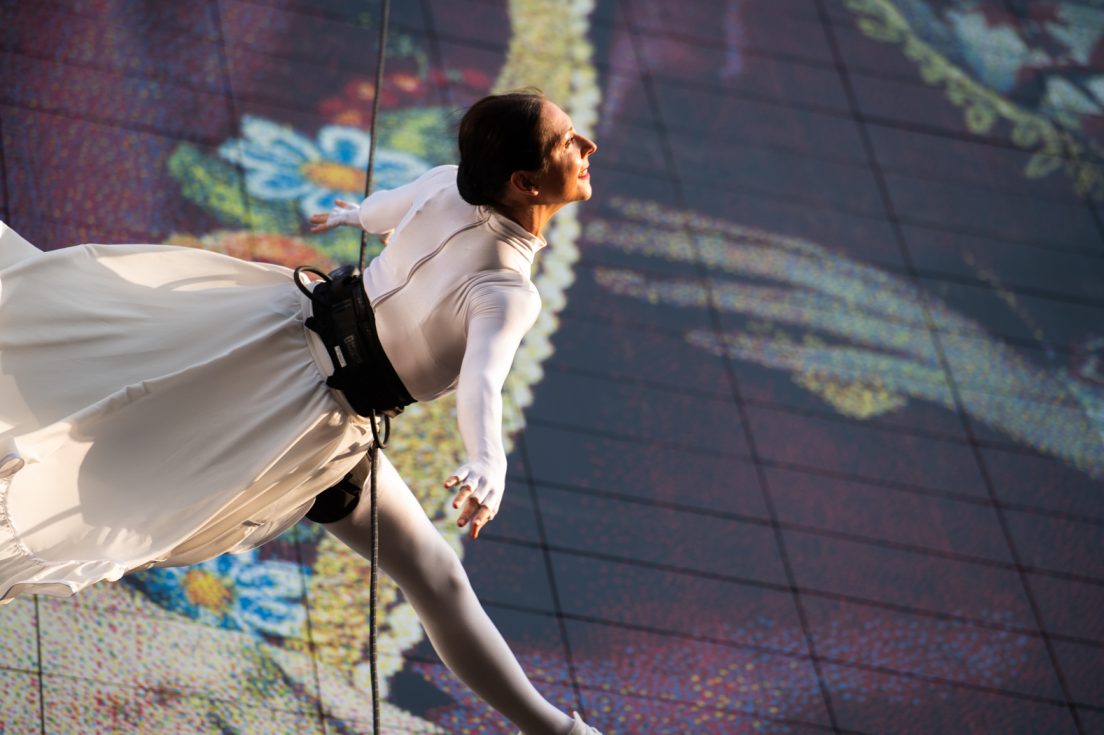 ‘Dance of Freedom’ is a manifesto for liberty. The gravity-defying performance was created specifically for the unveiling of the mural ‘Do Peremogi’ – ‘Till victory’ –, painted on the wall of Moscow House.

Immerse yourself in the pure movement of vertical dancer Inga Briazkalovaitė with this video of ‘Dance of Freedom’:

The Moscow House is a controversial construction project originally intended as a Russian business and cultural centre, now due to be demolished in 2023.

Visually, the performance is a powerful expression of Ukraine’s spirit – a reminder of its citizens’ courage and resilience. It also expresses the potent message that art has the power to transcend borders and bring people together. The event aimed to both honour the defenders of freedom in Ukraine, and to express solidarity with the Ukrainian people. 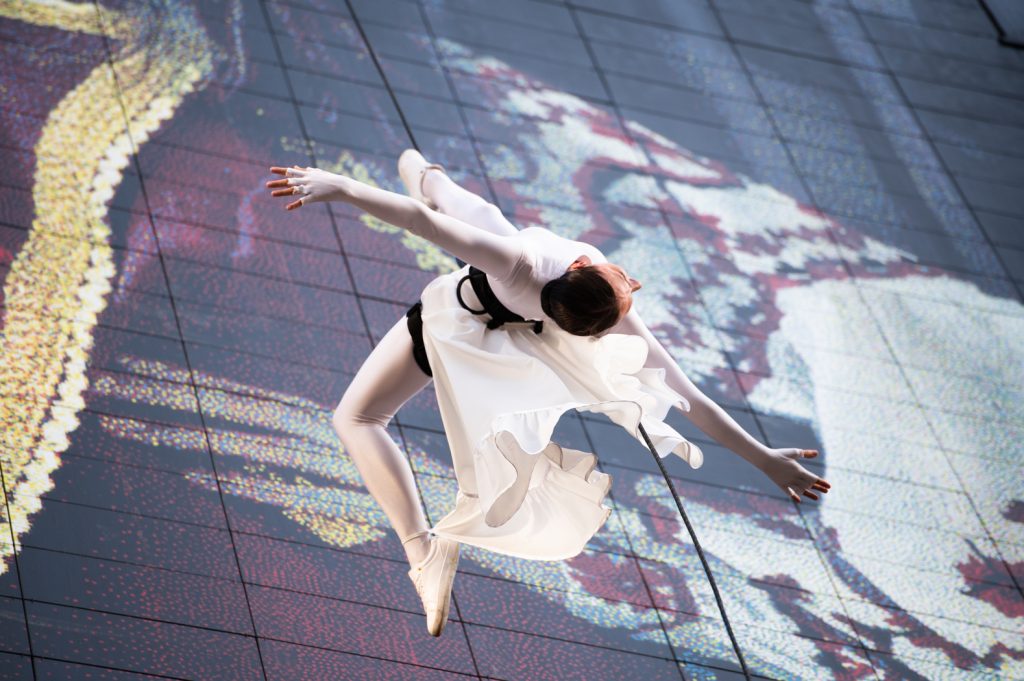 Moscow House was transformed into a unique vertical dance stage by a creative team consisting of artist and co-initiator of the neo-fresco project ‘Do Peremogi’, Lina Šlipavičiūtė, vertical dancer Inga Briazkalovaitė, and arts agency Artscape.

The impressive mural of a young Ukrainian woman in national costume is based on a photograph taken by Ukrainian photographer Olena Tytarenko. The portrait is of a young volunteer called Tatyana, working in Zaporizhzhya at that time. The photoshoot took place not in a studio, but in a workshop where Ukrainian volunteers made ‘ežiai’ (’hedgehogs’) anti-tank defences and other equipment to be sent to the front. 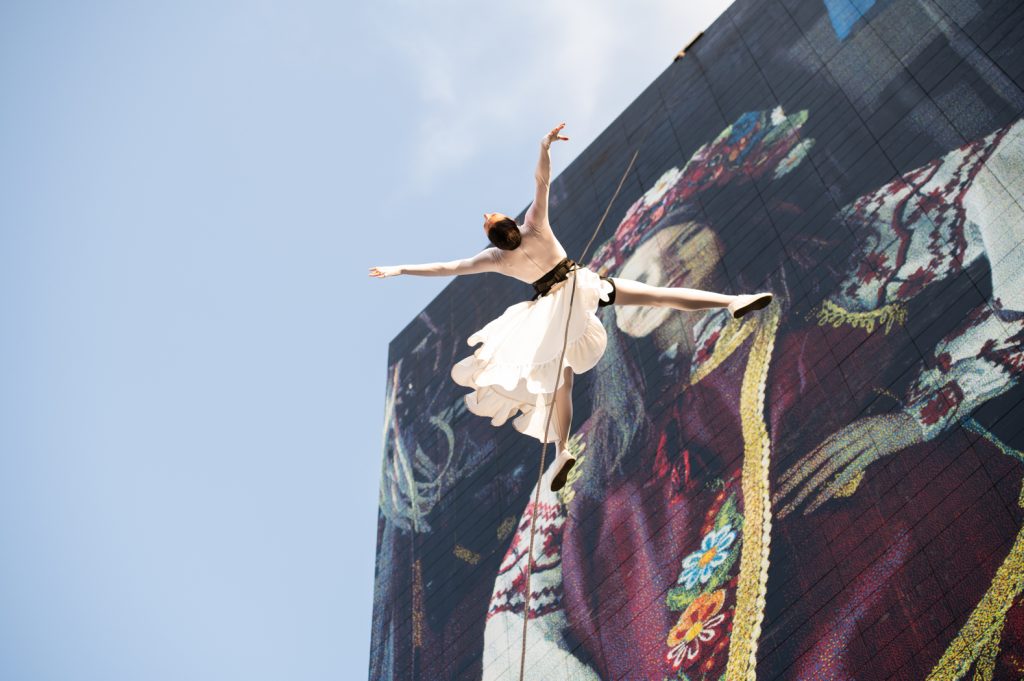 Russia’s illegal war on Ukraine has already lasted for more than 10 months. The mural is a symbol of Ukraine as a united country, and depicts the country’s determination to defend its freedom, its land and its people – all day, every day, for all time.