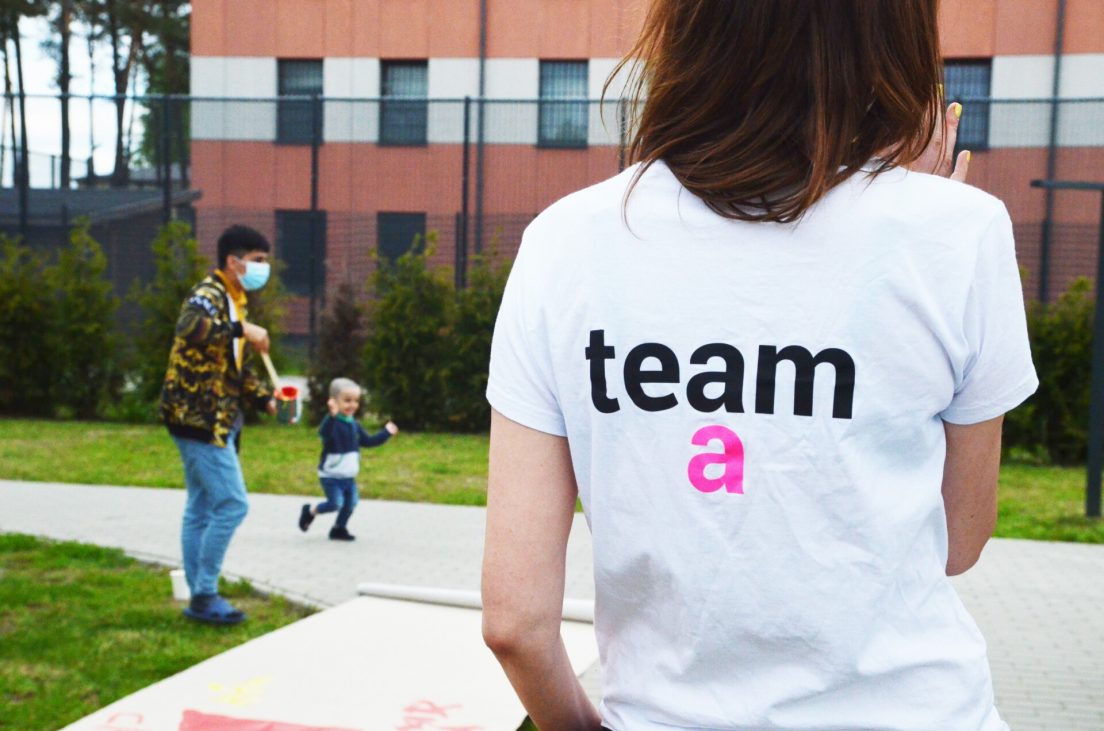 Beginning in 2016, members of the “Artscape” team and volunteers have been working in refugee shelters to execute artistic projects that support refugee integration and increase public awareness of human rights and migration.

In an effort to broaden the approach of improving cultural accessibility for refugees, “Artscape” routinely communicates with refugees and builds a database of refugee profiles. It also assesses the condition of refugees in Lithuania and makes a collection of rules for immediate assistance. Women, children, and people in detention awaiting a response about the granting of legal status comprise the project’s target audience. “Artscape” already has a network of volunteers and communicates with refugees, including those who have already left the country. “Artscape” wants refugees to actively share knowledge about the challenges and requirements of integration.

While developing the program, the arts agency collaborates with the public and private sectors, charitable foundations, embassies, chambers of commerce, and other interested parties to establish an independent platform and an efficient coordination system so that the project’s benefits are felt by the local population as well as by raising awareness of social issues affecting other vulnerable groups in our society.